What can we learn from this picture ? 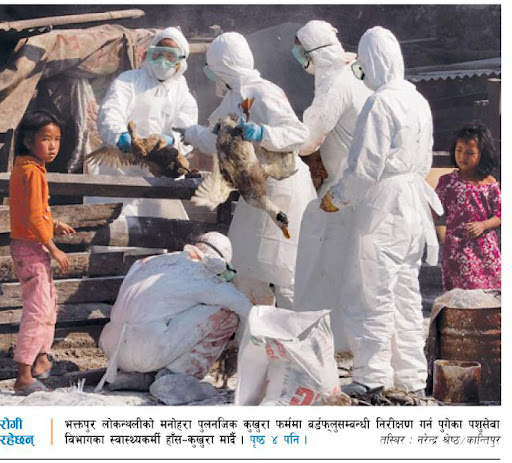 The above picture was published on today’s Kantipur Daily Newspaper and the news says that these ducks were killed because they were effected by Bird Flu. We see in the picture that the healthcare official from the government are wearing a safety dress and killing the ducks. what about the kids who are watching it so closely? won’t they get effected by the Bird Flu?

Who should be blamed if these kids get effected? Hope such things will not happen in future.

3 Responses to “What can we learn from this picture ?”