Thamel: the tourist destination, and image of Nepal Competition between cybersansar.com and thikthak.com 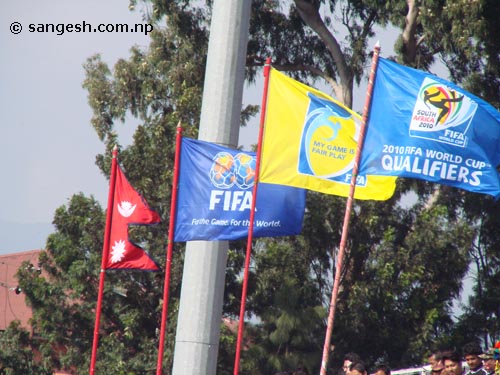 Since Nepal just conceded 2 goals in 1st leg game that was played in Oman we expected a good game from Nepal this time at home ground.Looking at the game, Nepal’s defense has really improved but it lacks players like Raju shakya who can throw in the out ball at D area, Dribbling champs like Mani Shah who can carry ball inside the D area of the opponent and active defender like Dev Naryan but I see some hope in this new youth squad.

Many of the guys in this new squad have been playing football form child hood with proper training under qualified coaches, so they have many technical idea. I hope this national squad improves their performance in future though today once again we had to return empty handed.

we know our teams standards we expected a good fight back from our team, but our team still misses some spices specially the forward line have to improve , we have to praise the defense line who did not gave a single free ball. The goals we conceded were because of our bad luck, it was not good goals, but at last goals counts.

Today we were looking for at least a goal from our side to cheer up. Any way our dream of seeing a good performance of Nepali team against the best Asian side till now have been scattered, let’s hope to see good performance in near future. If Maldives can hold South Korea to draw at their home ground, Hope Nepal will win at least some 2nd grade Asian teams in near future and we all Nepali fan can cheer up once again like we did long before at SAF Games where all Nepalese enjoyed the win thought we lost the final to Bangladesh, we still remember Late Prince Dipendra went to ground and gave a warm hug to all Nepali footballer and that hug really boost up Nepali Team Spirit. 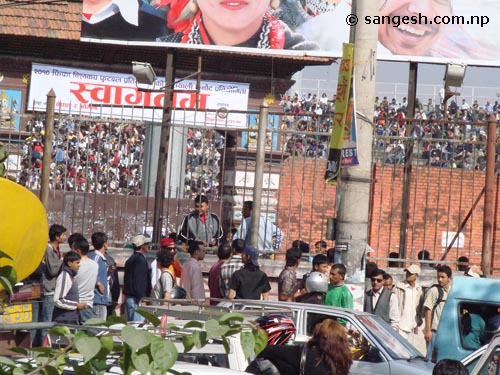 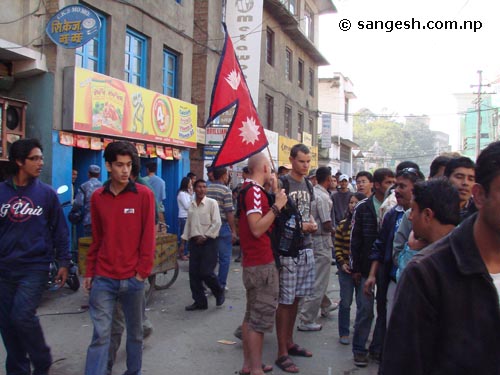 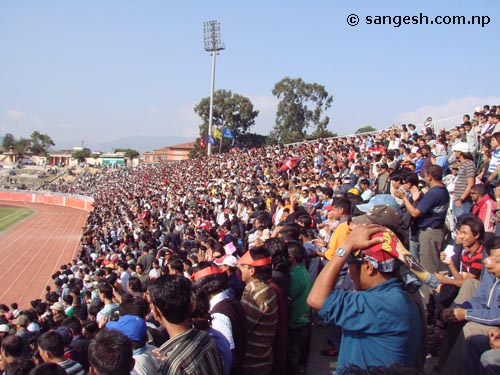 Crowds inside the stadium 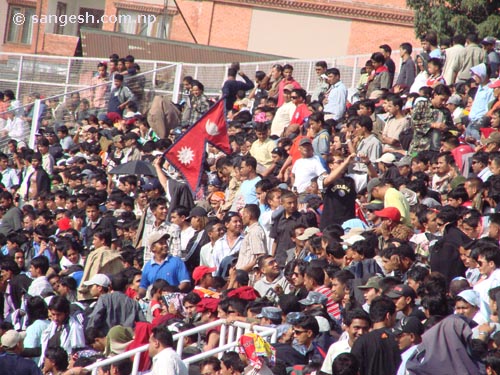 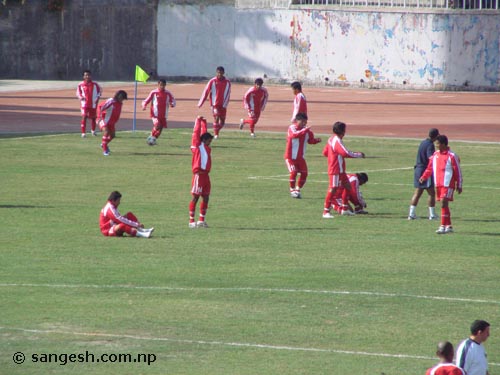 Nepali Team warmups before the game 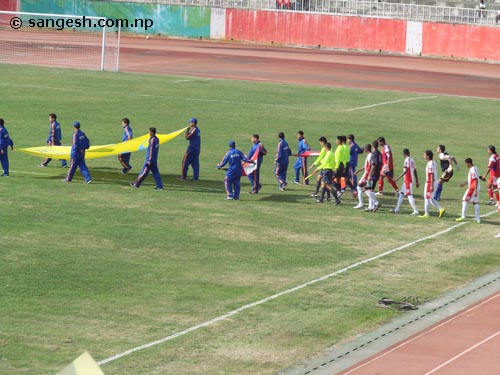 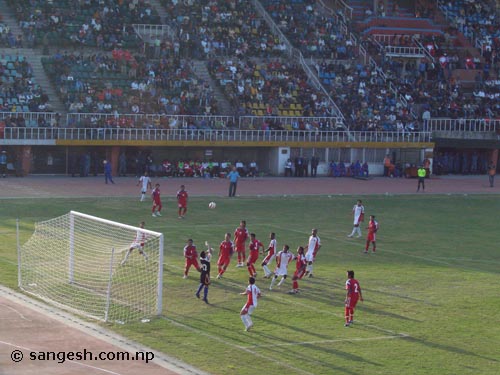 Attemp on goal by Oman 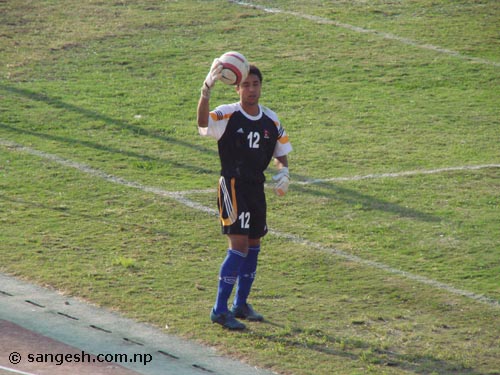 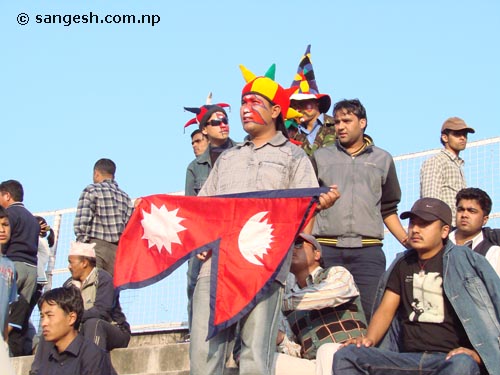 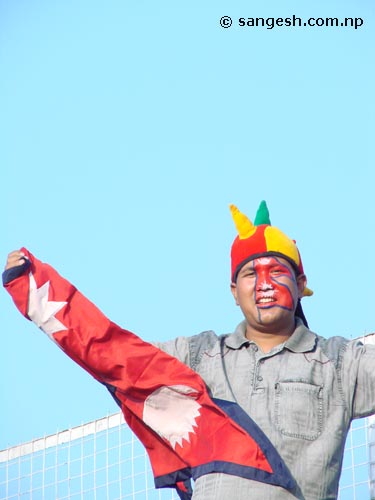 Frustrated Nepali fan waving our National Flag with Pride ( recently in terai few people who want different country in terai burn our Nationa Flag, it is really bad to hear, we love our Nation and National Identity)

Proud to be a NEPALI 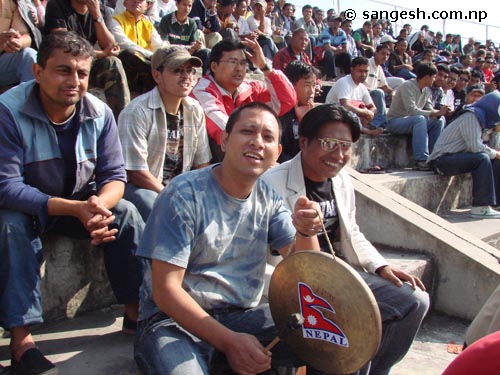 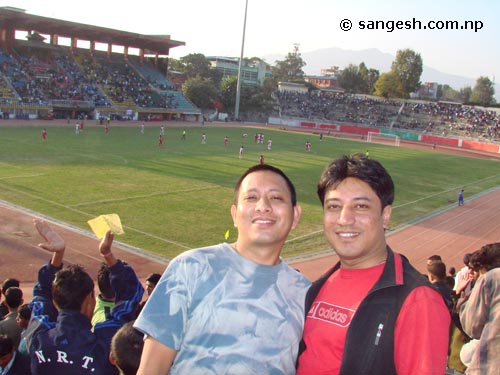 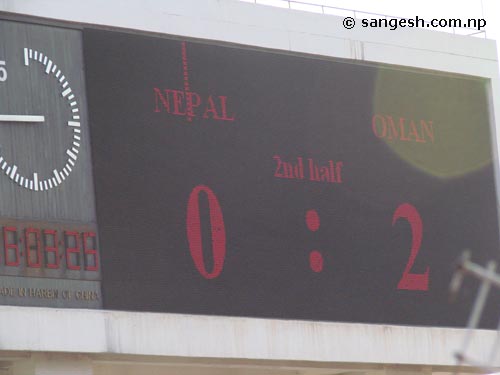