Pictures of Mountain from Chapagaun, Lalitpur Is the Nepali Political Drama going to have THE END?

Advertising boards are one of the major components of modern era’s marketing system alongside with vehicle branding (check out Fleet Wrap HQ to get best vehicle wraps in Denver). These boards are made to make aware people about the product or give public information. Our city Kathmandu has also lots of such advertising boards and it is increasing tremendously day by day. Our city is known as one of the ancient and beautiful city in the world, so many Kathmandu valleys’ landmarks are listed in world heritage by UNESCO, but the way we see these boards hanging around the roof and the wall of the city’s building, it is losing the identity of Kathmandu as a beautiful city. 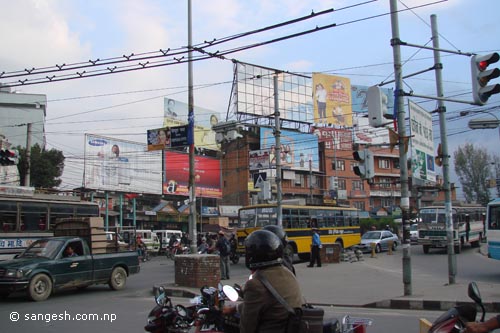 As we pass by some major market and roads crossing, the unsystematic and unscientific advertising boards are really making this city look ugly.

I really feel pity for the architect of the sanchayakosh building at Sundhara also known as “Kathmandu Mall”. I am sure the architect cries from his heart always as he passes by the building. When the building was on construction, I thought it will be a single piece building of its own kind in Kathmandu. Before the shopping mall was establish there, it was looking great and most of the people said WOW looking at that building. But it really looking ugly now, you might ask me why? 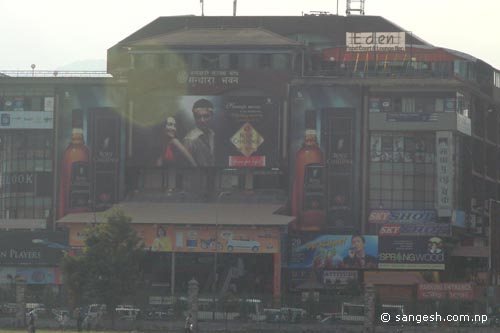 
Yeah it looks ugly because of the advertising boards covering the building. If they had plan to cover the building with the boards then what is the use of the design of the building, windows and other decorative things? They could have made the building without windows and without design, at least the architect did not had to waste his time and knowledge in thinking where and how to put the windows, which color to select for the outer walls what kind of design will give it a better look. Even the money would have been saved which was paid for the architect for his time and design. 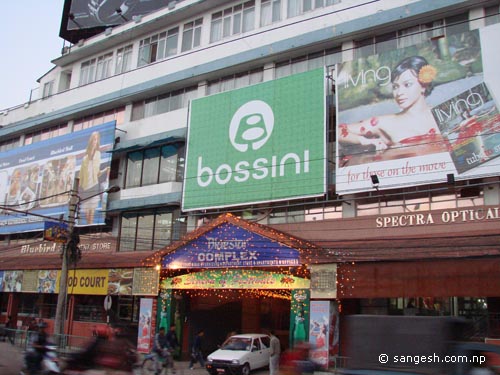 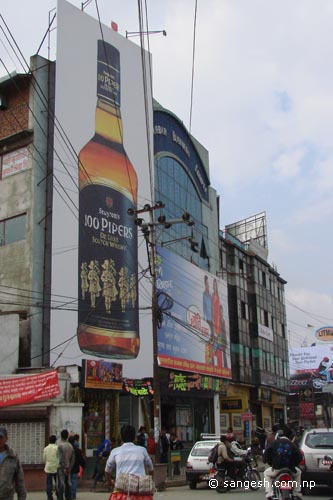 Once known as China Town market infront of Army Headquater, They gave a new look with glass wall, but what the use of that glasses if they had the idea of covering it with that advertising board with a whisky advertisement.