Lumbini one of the place you should visit once

Lumbini, popularly known as the birth place of Lord Buddha, The Light of Asia, founder of Buddhism. This was my second visit to Lumbini, many years ago I was there, and I have some vivid images of that World Heritage site. This trip to lumbini was a short and a quick one.

I heard so many things about this place after it was placed in World heritage site by UNESCO. They said that there is a rapid change and the place looks really beautiful.

I was very much excited to go there once I heard about Lumbini.

Once I reach Lumbini I could not stop my emotions, I got impressed by Lumbini. In coming years it will be one of the main tourist attraction of Nepal. I found a huge difference there, when I compared the current lumbini with vivid image I had in my memory when I visited that place 20 years ago. There were some research going on, digging were going on I guess as we saw only the old remains of some building there, the park was not like as it is now, I think there was only one temple, Now they have plan to make each temple from different country and already half a dozen countries have already made temples under their country name. The temples are really attractive. The German and the Thai temples are really WOW. I think Korean temple will look better after it is completed.

In my 1 hour tour around Lumbini, I took some snaps. I am sure after watching these snaps you will visit Lumbini at least once and say WOW. 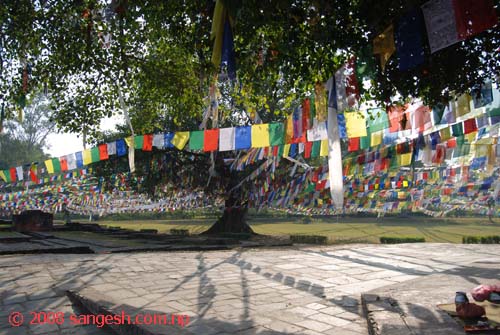 This really looks so beautiful 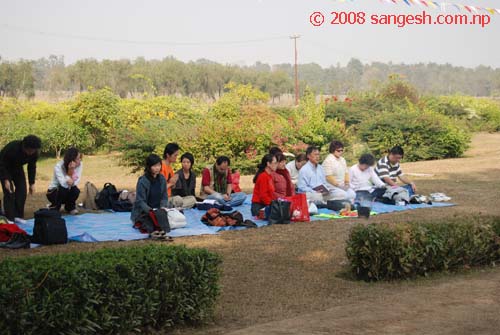 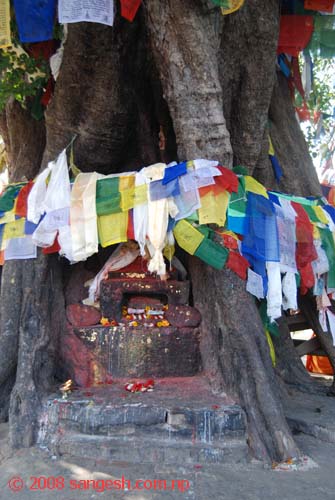 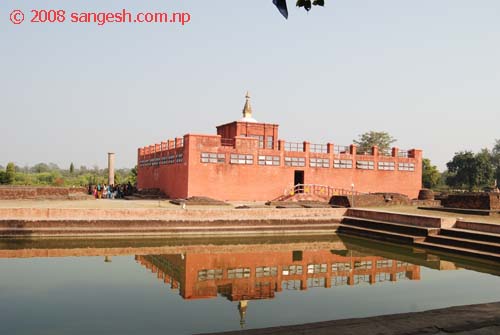 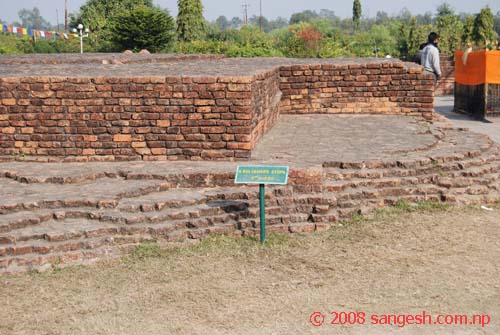 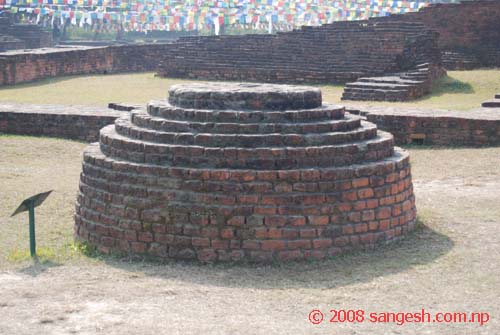 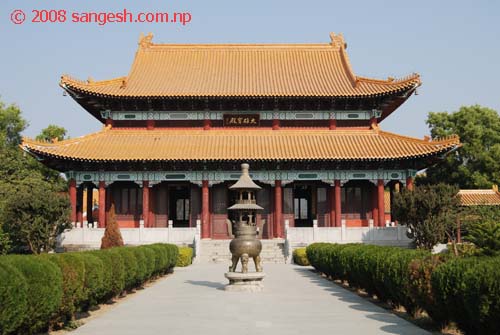 Temple made by China 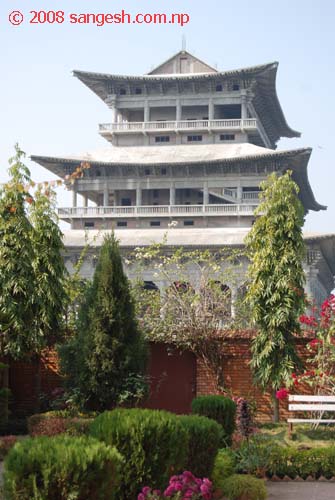 Construction work goign on of Korean Temple, I bet it will add more beauty for Lumbini 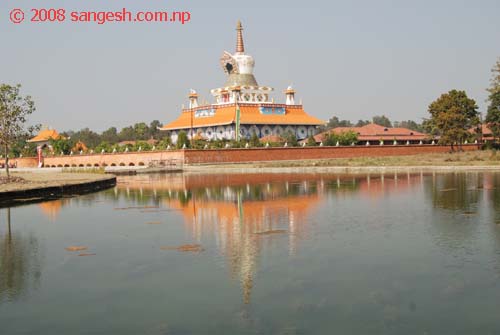 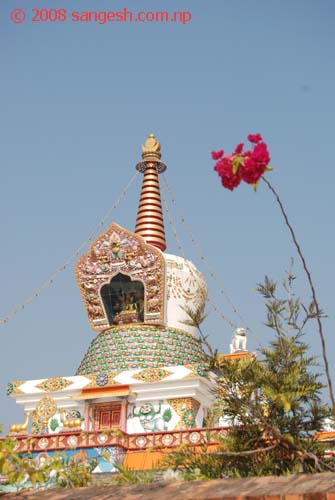 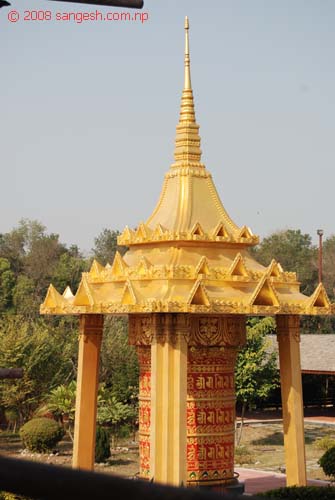 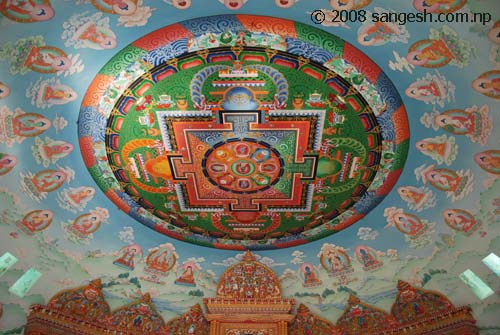 What is this, can you make a guess?

It’s a ceiling painting of Thanka inside the German Temple 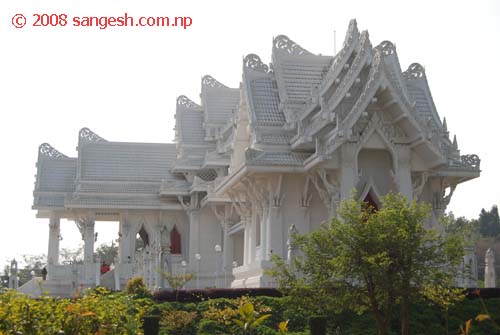 Temple made by Thailand. Inside there is a small museum and many things detailing about Thai Monarch.