Amazing by Aerosmith, one of the best song which presents life’s reality What can we learn from Fidel Castro and cuba?

Swayambhunath temple is one of the popular tourist destinations for external and internal tourist and both hindu and buddhist devotee. It is also known to external tourist as monkey temple. We can see lots of monkey there. These monkeys are very mischief, they try to grab the bags of visitors some time they even attack the visitors, but some time you get some good entertainment from them.

Yesterday morning I was there to worship ajima maa temple next to swayambhunath temple. I was lucky to capture the interesting act of one monkey. This monkey was trying to drink the water from the WORLD PEACE POND situated there at the footsteps of the temple. I quickly caught this action on my camera. I hope you guys will love these pictures. 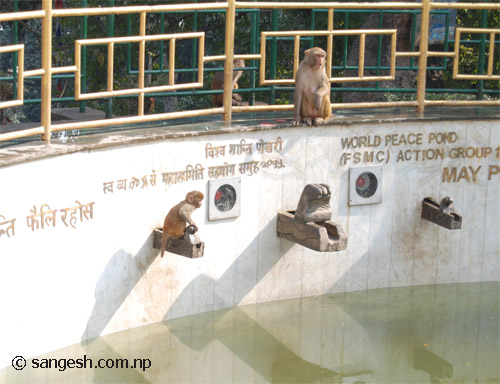 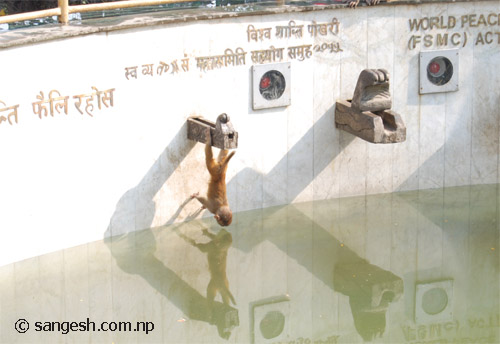 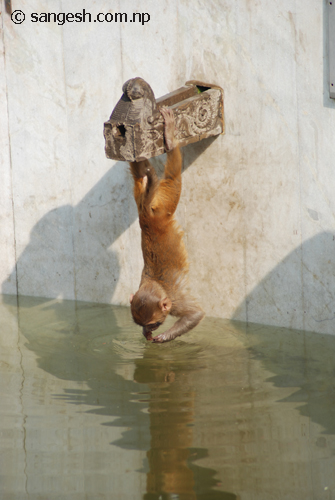 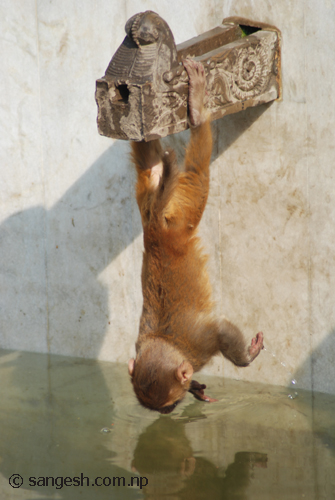