If we see some 50 years ago pictures of Kathmandu Valley then it is really different then what we see now. The houses in traditional Nepali style and the houses near new road were with British style. There was a fusion in architecture of Nepali and British.

When Kathmandu was introduced with concrete, the architecture from traditional one started to change into ugly modern looking style, Kathmandu now completely turned into concrete city. People started building houses in random order without any study about future, it’s effect in future and planing. This is one of the reason we are facing traffic jam, not good sanitation and drinking water supply now. 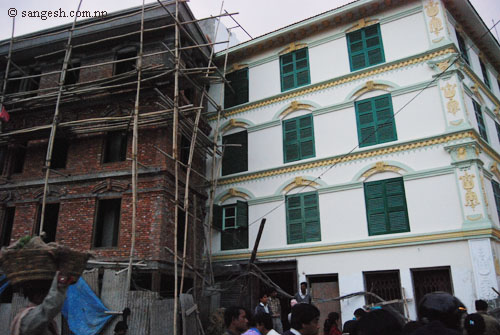 Preserving the history, Making house in old style as it used to look before

What kind of people were there at the administrative level of the government at that time who’s decision almost made the vanishing-point of our traditional architect. These architect are just alive as temples and old durbar now.

I salute the owner of the house for preserving the history. At least it will give some hints how Kathmandu and the surrounding of Durbar Square used look like few decade ago.
I hope we Nepali people love our traditional architecture and with the fusion with new technology they will preserve our tradition and will start building such house which reflect history.

This dose not means I am against the new style of building houses. See the location I talked about. It is a historical location and it should look like past.
In future may be we will be able to make world’s tallest skyscraper, but let’s not make it at historical place but somewhere far which does not affect the historical identity and give itself new identity of modernization. 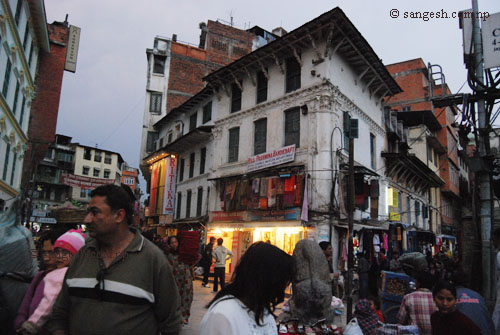 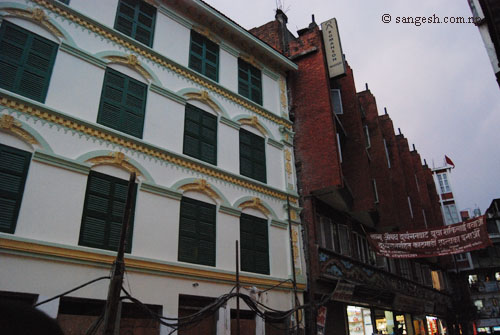 Which Building looks better? just next to this traditional look house is Suraj Arcade

4 Responses to “Preserving the history”