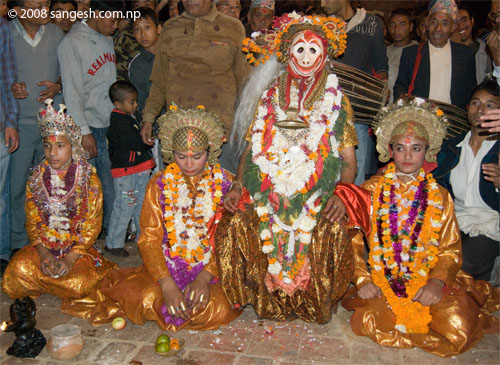 This is a unique type of festival that is observed at Patan Durbar Square, Lalitpur. It is a Newari cultural program where we can see Newari Musical Drama and Dances. The dances are very ancient. This festival was started by the Malla King of Patan, Siddi Narsingh Malla.

I don’t have much more information on this festival. The last day of Festival is very exciting and important. On the last day we can see a Musical Drama of Hindu Legendary story of Pralad and Narsingh Avatar.

Narsingh and Danav dance and try to kill the opponent, and it is really amazing that when the Narsingh touch the Danav, he gets fainted. As heard from the locals, that the Narsingh is spelled with tantric system with power to make the Danav faint in real, later the person who became Danav is treated with tantric ways and wakes up.

If you guys have no idea about this festival then go and experience it next year 1 week after Tihar. 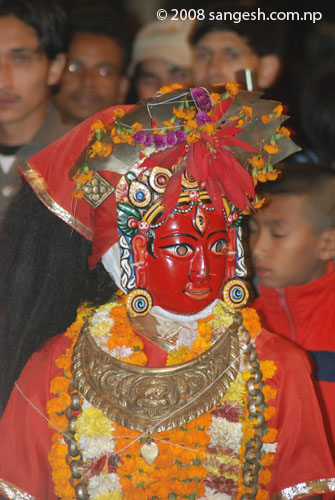 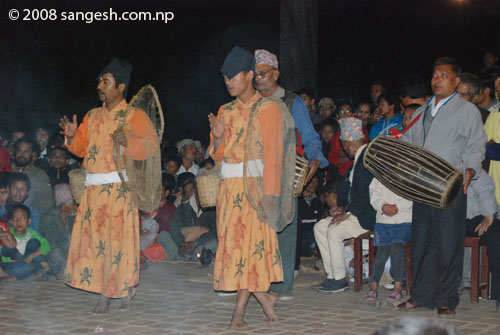 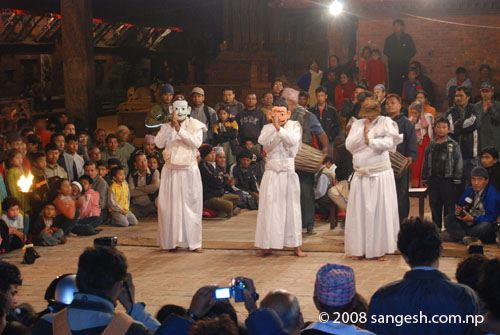 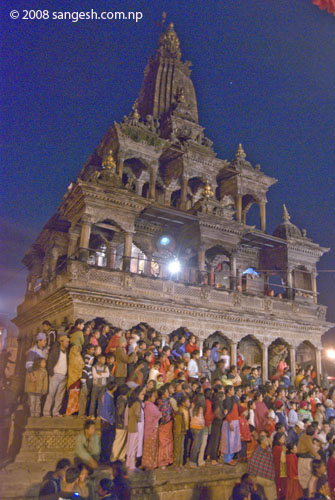 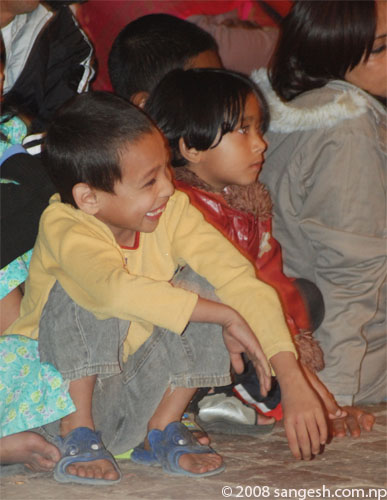 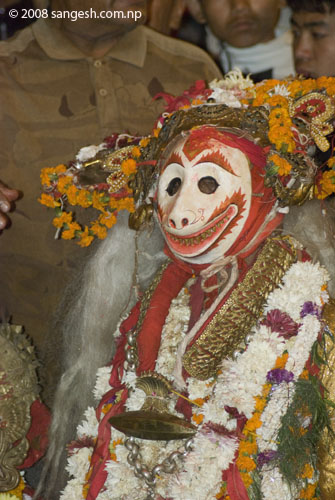 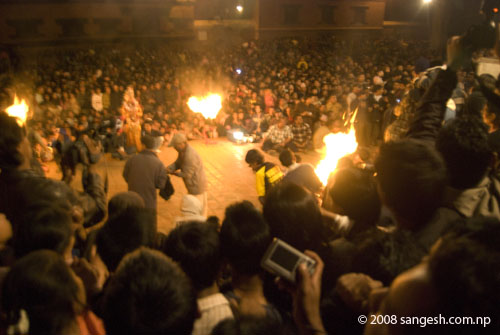 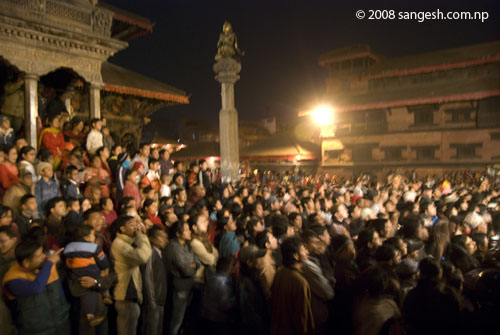 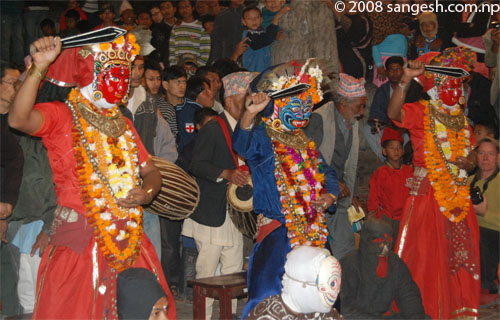 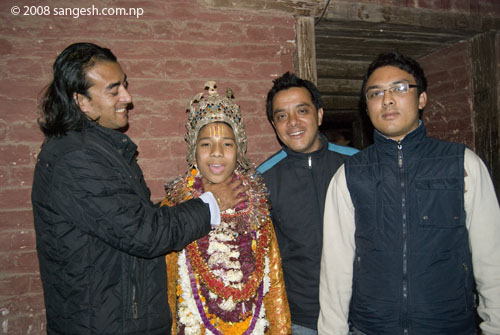 Hey man, Leave me Narsingh will appear else (this boy playing a part of Pralad) 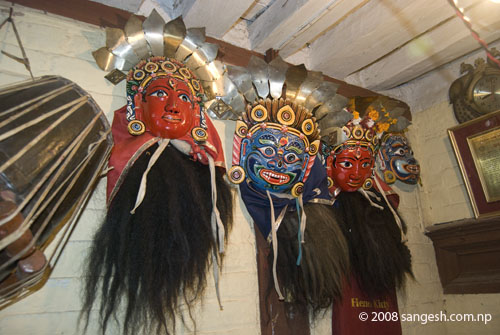 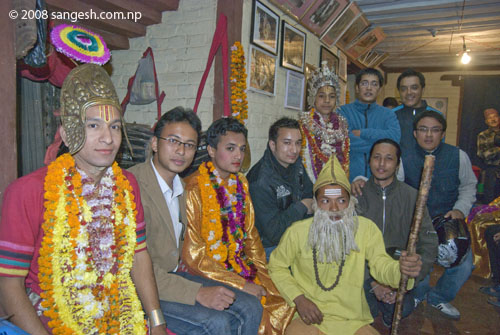 Wow man we are posing with God to take the snap 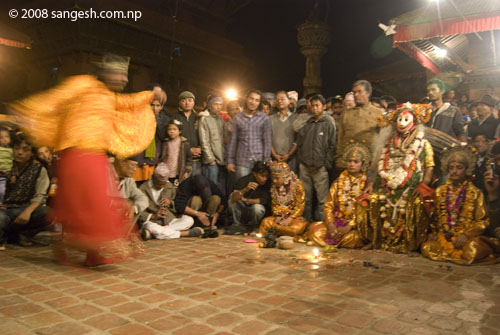 14 Responses to “Kartik Nach of Patan where Narsingh Dances”