Erawan Museum to spread the knowledge of the Thai Culture 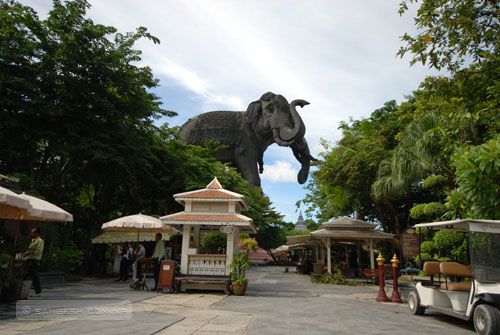 Erawan museum is named after the three headed elephant Airawata. This is one of the private museums own by Viriyapant’s family. It has a collection of antiques as a contribution to Thai culture and heritage. This museum is located in Bangkok, Thailand. 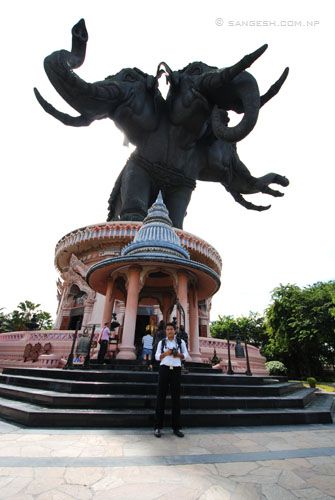 The museum building includes the three headed elephant and it is divided into 3 parts.

In this section they have presented the background and establishment of the museum adding antique displays. For me in this section the main attraction was to see the statue of Lord Shiva which is believed to be 1000 yrs old. This statue looks so different from the statue what we see in Nepal and India. I wish I could take picture of that statue but we were not allowed to take picture of that.

Here we can see eastern and western Antiques. The interior decoration is the art mélange of various styles. The ceiling features the world map. There are four pillars with tin sheets. The pillars have religious stories carved in it. Each pillar has Hindu, Christian and two section of Buddhism. At the entrance of this section over the stairs you can see statue of goddess Avalokitheshwor. 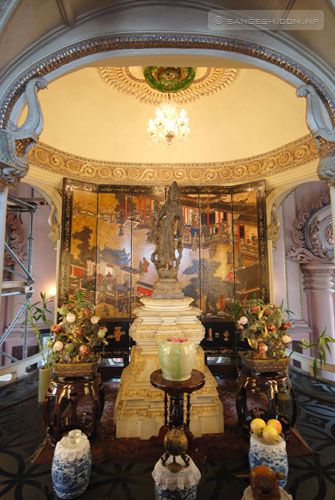 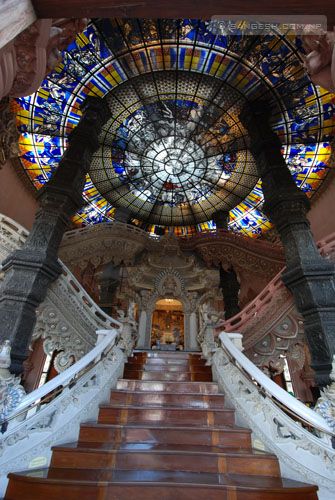 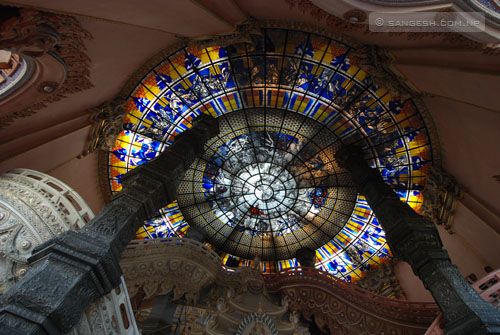 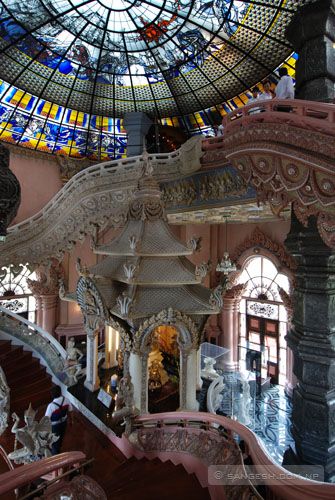 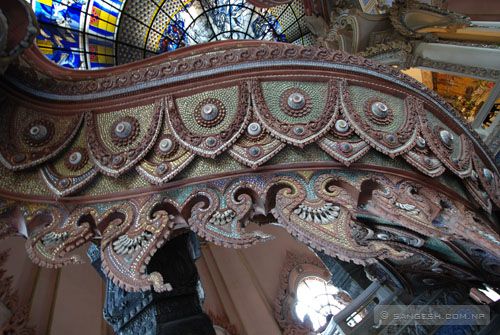 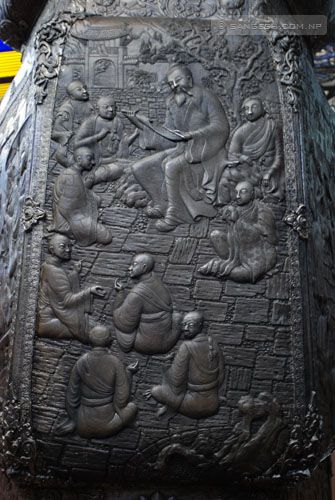 Religious Stories Carved on the pillars

Inside Elephant’s Belly or Tavatisma Heaven
In this section we can see Buddha images from different periods. The walls and ceiling are decorated with tempera painting depicting the solar system. 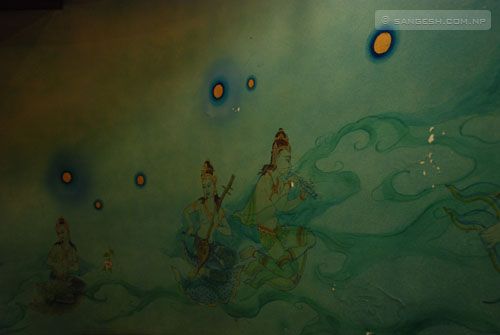 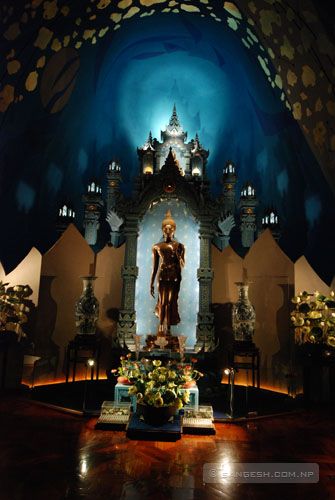 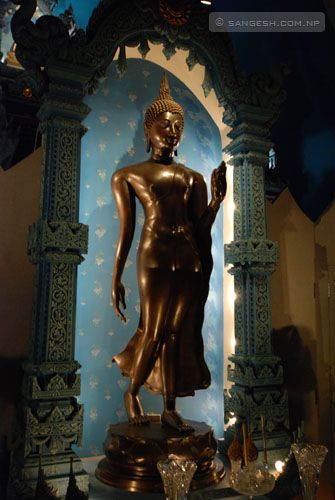 Around the museum they have a botanical garden with sculpture of animals like kinnara, kinnari, naga, rajasingh. You can feel peaceful environment in this park and get relaxed. 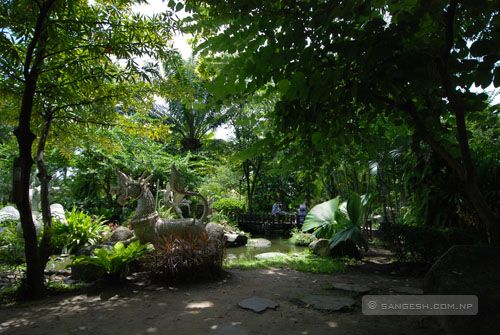 Peaceful place for hassle life, get some peace here 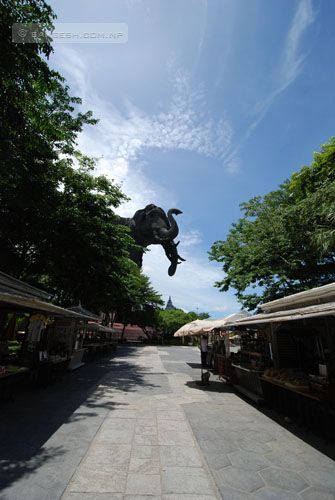 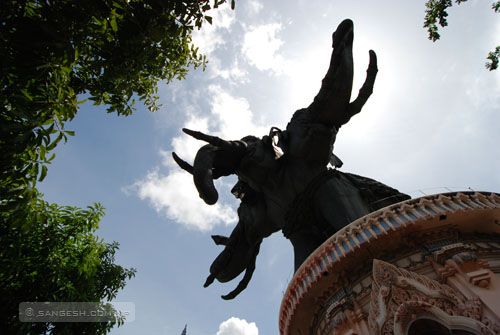 Three Head elephant – Great Idea to build up the museum