Spending sometime around Basantapur Roaming around Patan Durbar and Mangalbazar

State Of Awadh and future of Nepal and Utter Pradesh (India)

I am a common man; I have my own thoughts and have rights to express them in my own way. I am not a person who has knowledge about geo politics but as an educated person the happenings things around my country and the world makes me think about them.

At present there is a big debate going on about Nepal future, how Nepal is going to be divided into different states. One of the proposed states is Awadh.

So what does Awadh means? I got some information about it from Wikipedia which states as follows: 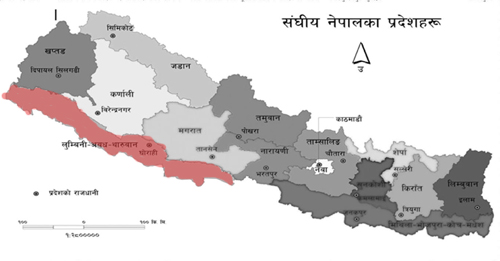 State of Lumbini, Awadh and Tharuwan in red color
Picture taken from Ekantipur.com

Awadh’s political unity can be traced back to the ancient Hindu kingdom of Kosala, with Ayodhya as its capital. Modern Awadh finds historical mention only in the time of Akbar, in the late 16th century. 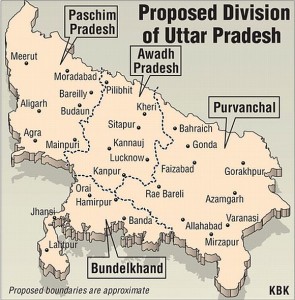 State of Awadh in UP

There is another news many of Nepali are unaware of. Have you heard that the parliament of Utter Pradesh (U.P) pass a resolution that they want to divide U.P into four new states and among them one of the state is going to be Awadh. The central government and the parliament of India still need to pass it in order to divide U.P into four new states.

Here one question arises, both the country will have a adjoin state called Awadh. Will both Awadhis stay separately for years?  What if people from both Awadh states raise a voice to be one in let’s say 20 years time? Who is going to stop them? Won’t it invite new civil war? I don’t know who are behind all these new concepts of making new states in India and Nepal but it is our concern now.

If we think deeply, it is possible scenario of Nepal in future. We just saw Sudan being divided into two new country by people’s verdict. We can’t stop the Awadh state to be single state in future if the state of both Awadh wants to be one or they want to be a independent state of the world. We can take the example of State of Sikkim which joined India.

These are just my assumptions but we cannot deny the possibility, which I just wanted to share with you guys. Every individual of their own thoughts and you guys too have your own on this issue but what I think is that to make all the Nepali unite before the country’s gets divided into new geopolitical states we have to think about all the possible aspect and future of the country. We don’t want another civil war in near future.