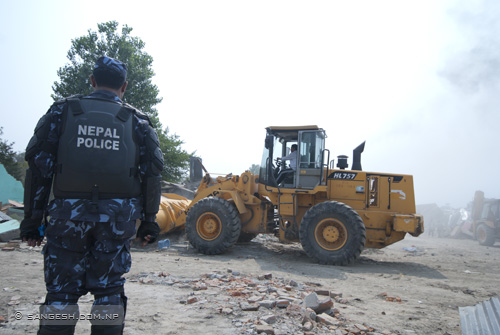 Thank You guys for your help

This day will be recorded in the history book of Kathmandu valley. Bagmati River is important part of this valley. Since last few decades many parts of this river were illegally capture by people at different places in the name of homeless people, so called sukumbasi.

In last few years we saw similar activities at the river bank around Thapathali. First we saw people with some bamboo house and in the last 2 years we saw some concrete houses; they even have church, school and a day care center. It turned out to be a small village within the metropolis. 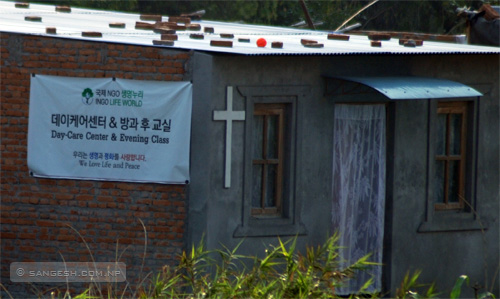 One question always came in my mind, if these people with concrete houses are sukumbasi, how come they make illegal house on illegal land that they capture? Why is the government quiet? Are they the ‘vote banks’ of some political parties?

Now I don’t want to find answer to them, I think they will be unanswered. But finally the government took a bold step to take them out from there. It has been a year-long fight between government and sukumbasi.

It is the first step which started from Thapathali. Now hope the government will soon take action around Tripureshwor, Balkhu and many others places where people have captured the land of our holy river.

Hope soon they will have a project to make the river clean and we can see clear water running around our city. 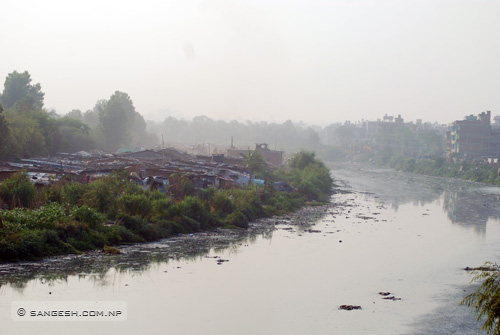 Before the officials start to demolish the houses 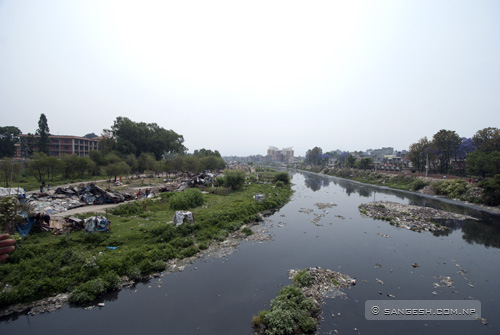 Three hours after the demolition started 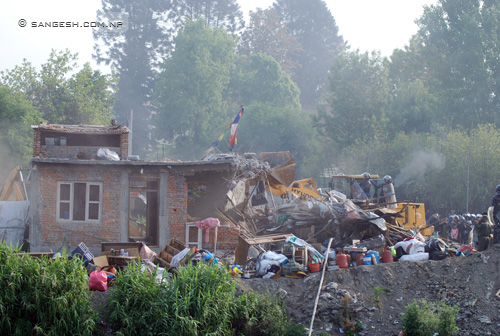 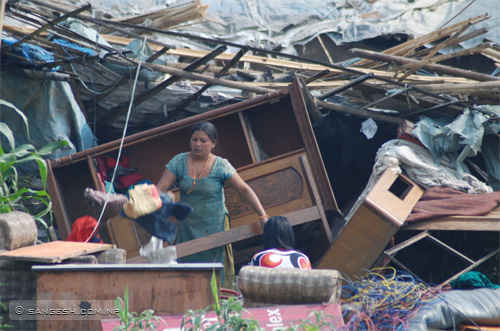 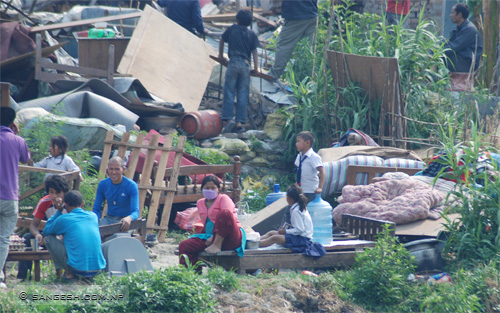 Where to go now? stupid us, we obeyed our leaders now no house to stay 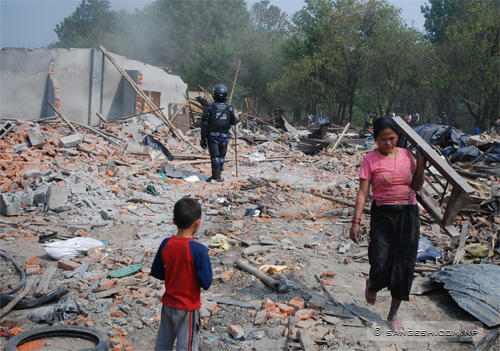 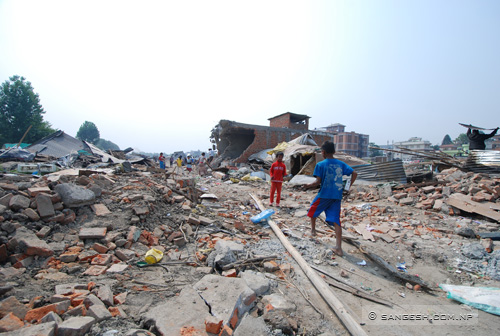 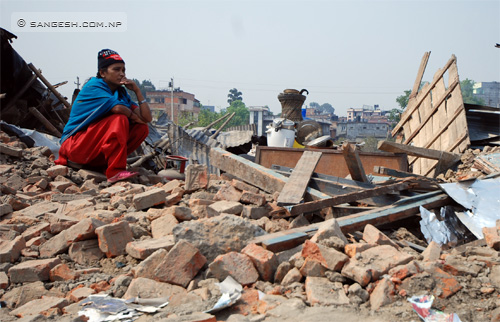 A woman staring at what used to be her home 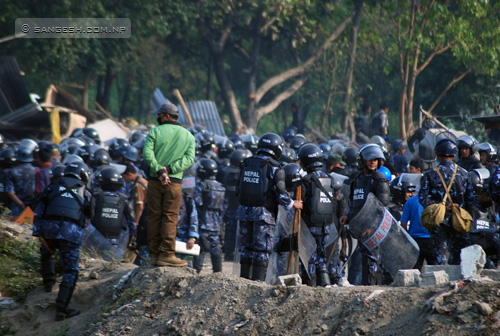 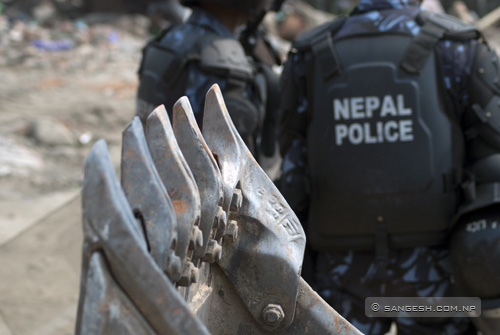 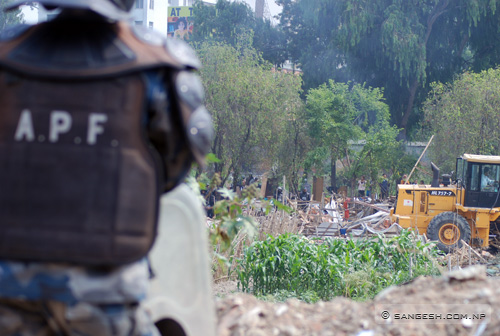 Security personals were across the river also 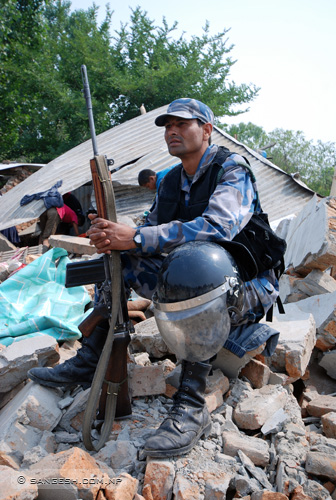 Finally work is done with less tension, thank god it was done with out using our force

Video of the day

Where is the land of the holy River Bagmati

4 Responses to “Finally Bagmati river gets back it’s land”