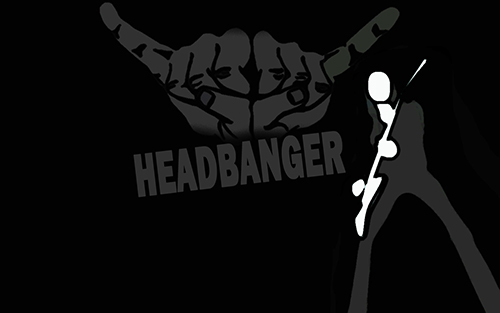 I think this discussion will never end who are hard rock and who are heavy metal, so for me they all are same with fast guitar and great riff with great lyrics who makes you bang your head.

I want to list some of the bands and their specific songs as my early days influence to heavy metal and hard rock. I am not going to rank the bands or songs as these songs and band are all great. As a head banger, I am not a follower of a specific band and abuse others as I have been seeing some comments from hardcore fans of Metallica and Megadeth abusing each others.

The song listed here are the ones, which made me a head banger so I think the young kids who want to get the taste of heavy metal / hard rock better listen to them and I am sure the next thing you will do is label yourself as a head banger.

There are still many bands from 70’s and 80’s, who are influential to this genre of rock music. The list will never end. There are some bands in recent years too, which has made me feel that the taste of 70’s 80’s will not end. I liked this band Airbourne form Australia, somewhat they resemble AC/DC. Beside that, my ears liked the sound of Hammerfall a Swedish band.

I need to update myself with current bands and music, it would be a great help for me if the readers of this blog drop some comments about new bands so that I can be up-to-date with some good head banging music.