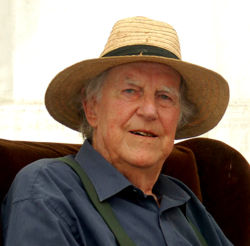 END_OF_DOCUMENT_TOKEN_TO_BE_REPLACED

The pain of losing a nation

On the northern corner of West Bengal state of India , there is a hill station– Kalimpong, which once hosted celebrities from all over the world. The hill town, where most of the settlers are of Nepali origin, no longer retains its old charm. But until a few weeks ago the last prime minister of a country—that has lost its independence—used to live here. Kazi Lhendup Dorji, who died on 28 July this year at the ripe old age of 103, had played a pivotal role in the merger of Sikkim into India.

Dorji is seen as a ‘traitor’ in the contemporary history. He lived, and died, with the same ignominy. “Everybody accuses me of selling the country. Even if it is true, should I alone be blamed?” he asked me, when I met him in Kalimpong in November 1996. But the allegation of ‘betrayal’ towards one’s own motherland was so powerful that Dorji could no more lead an active political life. He spent his solitary life at the ‘Chakung House’ in Kalimpong for several decades. Few people chose to remember Kazi when he passed away nor took pain to recall his life and times.

END_OF_DOCUMENT_TOKEN_TO_BE_REPLACED

Nepal my motherland still cry’s, unable to comprehend the suffering of her children at the hands of her own. The cycle of political instability over the past two decade has pushed our country into a divided nation. The country is now riddled with divides at every level.

Why? Who is to blame? All of us have our own opinions of where to point the fingers at when it comes to this chaotic situation but is it only the royal regime, the Maoist revolution,the corrupted politician or India always waiting to pounce it claws and stir instability or even the international community with its double standard ever changing policies.