Nepal and Progress Of Nepali Sri 8 sarkar and Kumari Jatra

Dhaka Topi an identity of being a Nepali

We all were waiting for the result of the Indian idol 3, when Darjeeling’s Prashant Tamang was crowned Indian Idol 3, the first thing as a gift of being Indian idol was a Nepali Dhaka Topi from his mother. That is so emotional moment for all the Nepali I guess, it is the identity of being Nepali. 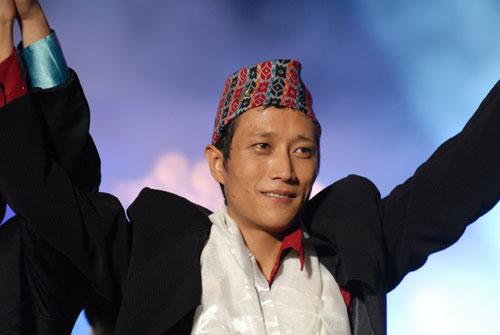 Where ever you live in this earth, but the Khukuri and Dhaka topi had always been Nepali’s identity in this world. No one will ask u from where you come from if you are wearing Dhaka Topi and Khukuri, they will straight away ask you, ” are you Nepali?” they won’t bother to ask you, If you are from Nepal, Darjeeling, Sikkim or Bhutan.

At present so called NEW NEPAL, Do we have a place for that identity of our, or are we going to abolish that identity too? See the love of Darjeeling people towards Nepal, Nepali culture, literature, music.


Thank you Prashant for making us proud of being a Nepali, we love you and you did not miss to thank the Nepali people from Nepal for their support towards you. You will see how much we love you in your next visit to Nepal. I would like to thank you once again for bringing all the Nepali community from the world together, they all forgot form which country they belong to, from which cast they belong to and all came together in your support.

Wish you all the best Prashant and I hope that you will definatly raise the level of Nepali music and will give us the opportunity to listen many Nepali songs in future.

9 Responses to “Dhaka Topi an identity of being a Nepali”