A surprise visit to Kangra fort Why can’t they use Youth wings of political parties for humanity?

Is sex still a TABOO subject in big cities of Nepal ? 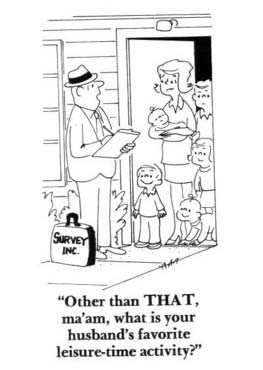 Sex is no more a taboo subject in our society now. Especially the youngsters have been open towards it. Not just sex, but the way to express their love. We can see them showing it openly.

Few weeks ago there was news from City of Dharan that 7 couples were arrested by the police and they were suggested not to show their love openly in public. Most of these couples are doing their +2.

We can see many couples at Basantpur area sitting around the temples hugging and kissing. The local club started saying it indecent and threaten them saying they will capture those moments of couple and publish in news papers and noticed them not to perform indecent acts.

Similarly, if we see our entertainment website, we can see them publishing more and more nudity fulfilled pictures. The recent one are being of Shova Karki from www.spacenepal.com, Bizita and Sheefa from www.thikthak.com, Anu Ojha from www.kalpakunj.com and some leaked picture of same series with her breast expose from forum.xnepali.com and Baby and Smita’s lesbian touch series from www.cybersansar.com

If you go through these pictures they say different stories. You don’t see any glamor or fashion on them. They are composing of nudity and soft pornography.

So my point here is not to ask to band these website, off course they are entertaining for adults. You can read my old post on what should be done for it, I don’t want to discuss same thing here.

In Kathmandu we can see dance bars, there they have nude dances at night, government tried to stop it and the reaction can be seen on the streets of Thamel where pimps looks for customers for the girls who used to dance in dance bars.


Everyday news are coming that Kavre district area is new destination for prostitution as police have started raiding the small lodge hotels and resorts inside and round the ring road area of Kathmandu.

I don’t think the people they catch in raids are all prostitute with customers. Maybe some couple also have been there for some good time with their partner. Such police raids mentally affect them and their relations.

Seeing all these incidents, sex is no more a taboo subject now. The government should create a new law for this. There is already a law which says the 18+ citizen of Nepal can have sexual relationship with their permission.

So raiding the lodges, resorts and hotels will not prevent prostitution. Prostitution should be brought under the law providing it with some government protection. Yeah forcing someone to that job is illegal, but if someone wants to do it for their living then what’s wrong. It is said that prostitution is one of the oldest business our society has seen.

My purpose of writing on this subject is not to promote prostitution, or demanding that I have a right to show my love in public. Seeing these examples we know that sex is not a taboo subject especially in big cities like Kathmandu, Pokhara, Dharan or any other cities in Nepal. There should be some liberty on sex now. Pornography is banned in our nation, but through internet we can access it easily. Our Nepalese entertainment sites are on the path of soft pornography already in the name of entertainment and name and fame for both website and the models.

Hope there will be soon some new law under cyber law to control online nudity, I demand at least 18+ rating on websites. Safe environment for prostitute to do their work, good law to protect and control dance bars, lodge and resorts and hope some law to protect lovers rights and not to be the news for the newspaper. Because, few years ago I saw police arresting a foreigner couple for kissing in New Road and they were surprised when police caught them.

5 Responses to “Is sex still a TABOO subject in big cities of Nepal ?”