We have seen many changes after the 2nd people’s movement in Nepal; these changes are limited to change of name related to royal family. They took royal out from Nepal Airlines, changed the name of hospitals and schools named after royal family members. 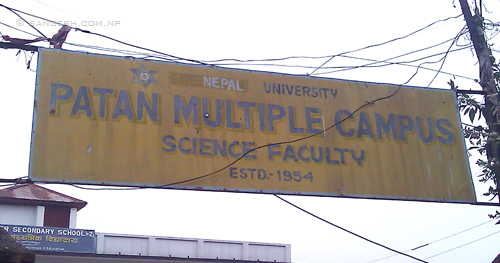 Changing the name and deleting the names from history does not bring changes, we need to think differently and change our attitude to change our nation. Look at the picture, someone has overwritten “Tribhuwan” with “Nepal” and I don’t know for how long it is like that. Hope Patan Multiple campus will act on this issue and re-write Tribhuwan Universtiy.