Are we losing our Identity?

It seems like soon we will have nothing to be proud of being a Nepali. We are losing our Identity, the identity of Nepal and being a Nepali, the Culture of our Nepal and the traditions. 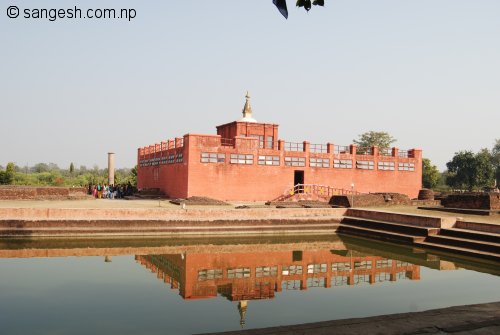 Let’s talk about Lumbini, it is a birthplace of Lord Buddha and it lies in Nepal now. UNESCO has already listed it in its World Heritage Site, but we still hear from the Indian side that Buddha was born in India, and they have named the place with the same name just other side of the boarder. What does this means? They are not afraid to say that Buddha was born in India, I heard from my friend who studied in south India that there they are taught that Buddha was born in India and Nepal is a part of India, I have no idea how much truth is there in it, but that is what we have been hearing. They used to have fight with their Indian friends on this issue. As a proof we can take the issue of Indian movie star Mrs. Madhuri Dixit. When she arrived in Nepal few years back, she said that she thought Nepal is a part of India or similar kind of statement which drew a big attention in Nepal.

The other thing that makes us proud of is Mt. Everest, the highest mountain in the World which lies totally in Nepal, but in some modified books we see it lies between Tibet and Nepal. If it lies between Tibet and Nepal then why do we need to be proud saying that it belongs to us. May be some part of its north base lies in Tibet, but the tip of the mountain is in Nepal. 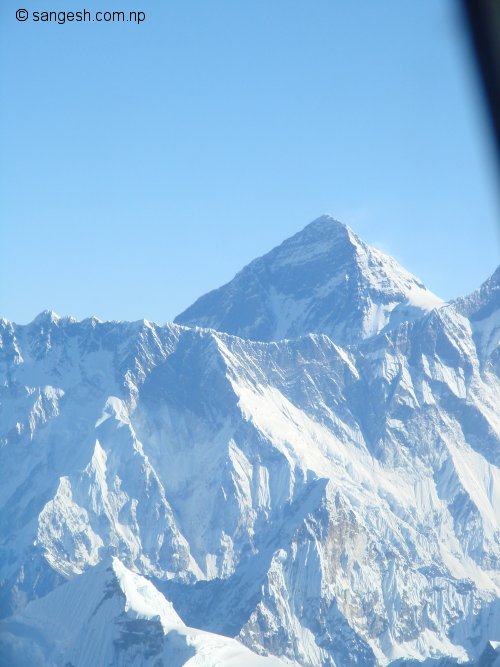 Top of the world, Mt. Everest

Now let’s talk about our own mentality, I mean Nepali mentality. Yeah there are different people with different thoughts, but I don’t think people should act for their personal gain on issue which will have a huge effects on general public.

In Nepal still there is 80% hindu, but due to international pressure and some politically motivated minds forced Nepal to be a secular country cutting its identity of being a Only Hindu Kingdom in the world. The religion which is said to be the oldest religion in this earth. Yeah there are some bad trends that people brought in Hinduism, the system of class and caste being a major. These things could have been abolish though education. The religion itself has not discriminated the class and caste.  Being a Hindu nation also, we have Christians, Muslim and other religion practice in Nepal and we never saw major dispute between these religions in Nepal.

The other thing we still are proud of is that, in this nation we have a living goddess of Kumari. We know Kumari is a Hindu God, but many of the people from outer world might don’t know that the girl chosen to be a Kumari is selected from a Shakya Family who practice Buddhism. This shows the bonding between the two religions in Nepal. 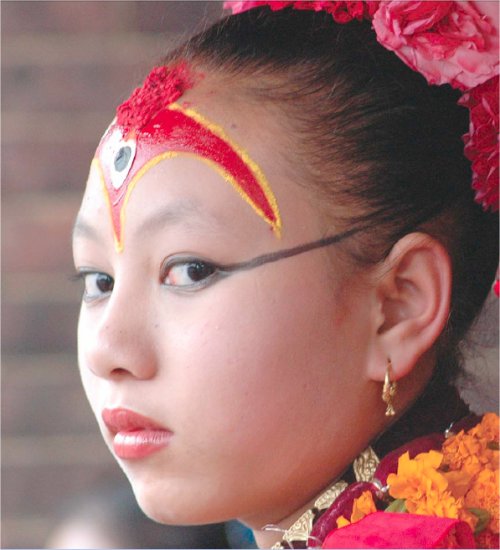 Since few years we have been hearing that some people asking to stop this tradition of Kumari as it is against the Children Rights. Her rights of being a child have been effect after her becoming the God. How much fair is this issue in Nepal’s context? Because her rights have been effect, do we need to stop this tradition? What about the People’s respect she is getting after being a Living Goddess Of the world.

May be we can make some changes and preserve this tradition of Living Goddess Kumari. Abolishing it will make it history and we will lose out another identity. We might work on it to make according to the present situation of the nation and the world. There is nothing like she cannot visit foreign land. There was a big issue last year on the Kumari of Bhaktapur visiting United States. We can make some such non practical system modify and preserve our tradition and let the world visit Nepal to get blessed by the Living Goddess Kumari.

Hey guys Let’s preserve our tradition, let the world know that Buddha was born in Nepal and let us not share Mt. Everest with China, else soon one day British Government will register the trademark on the World Famous Brave Gorkha Heroes  the other things that makes Nepali proud of. 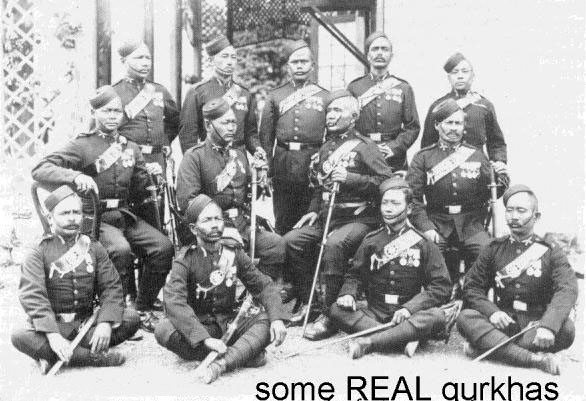 Note: Picture of Kumari is taken from Nepali Times and the Gorkha Army Picture from www.himalayan-imports.com/gurkha.html

View the Nepalese Properties inscribed on the World Heritage List

2 Responses to “Are we losing our Identity?”